skip to main | skip to sidebar

Today is the end of a very uneventful weekend. Mostly because I didn't hang out with a little special someone but, that's another story. Also, watching CNN today I found out that the first Presidential Debate is going to be on Friday. I'm sure as hell going to be watching it. In my opinion the #1 topic is most likely going to be surprisingly not the "war against terrorism" but the economy. Why?. Because Wall Street dropping 500 points on Monday has left a big scar in the conversations of many Americans. Us middle to lower class AMERICANS. Or as I like to say, The People. And Barack Obama, he is for The People.

KAWS has again stolen the art spotlight today by opening his "Saturated" gallery. Taking place in the Galerie Emmanuel Perrotin in Miami his acrylic based artwork captures the spirit of loveable characters SpongeBob and The Smurfs, adding his own little twist and his signature "X's" over their eyes. 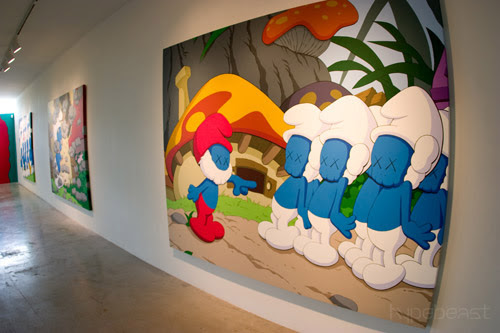 Designer Ricardo Garza Marcos designed a light cube that gives a geometrical pattern of light depending on the array the user chooses to.

Architects Arquitectura X Adrian Moreno Nunez and Maria Semaniago Ponce have created a house called the "X House". Basically a big rectangular looking box with a lot of windows. The kind of house you may be scared to walk around naked in but it's in the middle of no where so your like "ehh...what the heck". Its location-La Tola, Valle De Tumbaco, Quito, Ecuador.

Earlier today I downloaded Raphael Saadiq's album "The Way I See It". An album that re-recognizes rhythm and blues. For every song he tried to not imitate but recreate music by The Delfonics, The Stylistics, Gladys Knight & The Pips, Al Green, and The Four Tops. Some musical groups that I enjoy and love. And maybe the reason why I'm falling in love with this album song by song. Great album cover to. Gives you that old dirty vinyl feeling that passionate music lovers simply love. 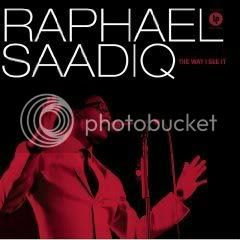 And my favorite song right now is called "Sometimes". A Sam Cookes influenced song that Saadiq says is "the story of my mother and grandmother who have always been such an inspiration to me through this journey. It felt right to close out the record this way". But listening close to it around 20 times today I very much relate to this song. If you really know me, listening to this song, you may see why.

Posted by Hector Mendoza at 7:39 PM